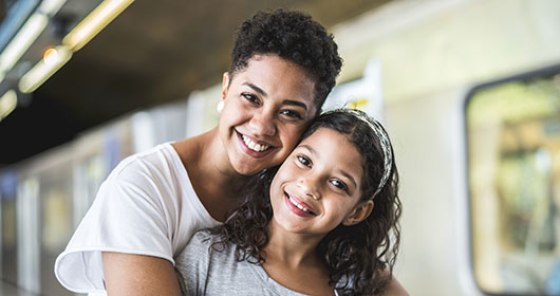 Every one of the 74 million children living in America is part of our nation’s future. Each one of them is important to building our country’s growth and its future prosperity – and that includes the 18 million children growing up in immigrant families. And, based on decades of research, evidence and practice, we know that children fare best in healthy, stable families.

So it was disheartening in early 2017 when many of those 18 million children were being threatened with separation from their parents, denial of access to basic services and dangerously rising levels of stress resulting from real fears that any knock at the front door could result in a horrible, life-changing experience.

More than a year later, some of the worst fears imaginable are being realized here in our nation of immigrants. The Center on Budget and Policy Priorities recently described numerous actions the federal government has taken that jeopardize children in immigrant families and their communities:

As an organization devoted to child well-being, we are particularly concerned about policies that result in children being unnecessarily removed from their home. In our work with child welfare systems across the country, we help ensure no child is removed from a family unless he or she cannot safely remain with their families. Research tells us that kids experience such disruptions in attachment to a parent as a traumatic injury that can have long-term consequences.

We would never stand for our government threatening to physically harm a child in response to a parent’s action or as a deterrent. We would never stand for our government announcing it would break a child’s arm if a parent breaks the law. Subjecting any child to the trauma of separation from a parent may not leave a visible injury, but the research is clear that such trauma risks injuring a child’s brain and affecting his or her long-term development. Knowingly threatening to inflict this type of trauma on any child is unconscionable. Perhaps those who are planning to enforce this policy are unaware of the science, but knowing what we know about the long-term consequences, we must do everything we can to make sure our leaders understand why this is such a terrible idea.

We spoke out last year when some of these actions were on the horizon, and it’s important for the Casey Foundation and other individuals and organizations that care about the well-being of children to speak out now against policies and practices that undermine the future of children. Our words and actions define our values as a nation, and we are at our greatest when we include all people in our common destiny.

The Foundation remains focused on building a brighter future for all children and promoting racial and ethnic equity, and we continue to support organizations engaged in protecting immigrant families from harmful policy decisions. Our 2017 Race for Results report made three recommendations to those ends: (1) Keep families together and in their communities to ensure stability; (2) help children in immigrant families meet key developmental milestones by addressing educational and other needs; and (3) increase opportunity for immigrant families.

We call on policymakers at all levels of government to end the climate of fear that permeates too many communities and help to create stability and opportunity for all children. It will mean so much for them, and it will speak volumes about who we are as a nation.

Koe Murphy Appointed to Board of Trustees for the Horizon Foundation

On the December 29ths episode, the Community Foundation of Howard County’s director of developmen

It turns out the season for giving isn’t just around the holidays, when it comes to Baltimoreans.