By Elisabeth Hyleck, Director of Learning and Engagement

The Maryland Philanthropy Network’ Diversity and Inclusion Committee, has compiled this list of top picks for your summer reading. We thank the Baltimore Racial Justice Action’s resources webpage and the Kellogg Foundation’s Racial Equity Resource Guide for their compilations as well.

Pick one up, pour a tall, cool drink, and settle into your armchair for an interesting read!

The New Jim Crow: Incarceration in the Age of Colorblindness

This book directly challenges the notion that the election of Barack Obama signals a new era of colorblindness. Legal scholar Michelle Alexander argues that "we have not ended racial caste in America; we have merely redesigned it." By targeting black men through the War on Drugs and decimating communities of color, the U.S. criminal justice system functions as a contemporary system of racial control—relegating millions to a permanent second-class status—even as it formally adheres to the principle of colorblindness.

The Presumption of Guilt: The Arrest of Henry Louis Gates, Jr. and Race, Class and Crime in America

Shortly after noon on Tuesday, July 16, 2009, Henry Louis Gates, Jr., MacArthur fellow and Harvard professor, was mistakenly arrested by Cambridge police sergeant James Crowley for attempting to break into his own home. Ogletree uses this incident as a lens through which to explore issues of race, class, and crime, with the goal of creating a more just legal system for all. Working from years of research and based on his own classes and experiences with law enforcement, the author illuminates the steps needed to embark on the long journey toward racial and legal equality for all Americans.

White Like Me: Reflections on Race from a Privileged Son

A highly personal examination of the ways in which racial privilege shapes the lives of most white Americans, overtly racist or not, to the detriment of people of color, themselves, and society. The book shows the breadth and depth of the phenomenon within institutions such as education, employment, housing, criminal justice, and healthcare.

A very readable book on oppression and privilege that covers race, gender, class, sexual orientation, and disability. Has a good chapter on "What Can We Do?”

American Beach: A Saga of Race, Wealth and Memory

A journalist documents the story of American Beach, an African American resort on Amelia Island in north Florida, and the family of its founder, Florida’s first black millionaire. An excellent example of how institutional racism and the legacy of slavery and Jim Crow embed themselves in the political, social and economic realities of current day America.

Education as My Agenda: Gertrude Williams, Race and the Baltimore Public Schools

A gripping narrative thoughtfully and clearly told by Gertrude Williams, deeply contextualized by Jo Ann Robinson. Williams identifies the essential elements of sound education and describes the battles she waged to secure those elements, first as teacher, then a counselor, and, for twenty-five years, as principal.

"Brown" in Baltimore: School Desegregation and the Limits of Liberalism

This book presents the history of Baltimore school desegregation and shows how good intentions got stuck on what Gunnar Myrdal called the "American Dilemma." From the classroom to city hall, Baum examines how Baltimore's distinct identity as a border city between North and South shaped local conversations about the national conflict over race and equality. The city's history of wrestling with the legacy of Brown reveals Americans' preferred way of dealing with racial issues: not talking about race. This avoidance, Baum concludes, allows segregation to continue.

Like many suburbs, Edmondson Village, a post-WWI rowhouse development with 20,000 residents, saw a dramatic shift in its population between 1955 and 1965. Behind this change lay blockbusting techniques adopted by realtors in which scare tactics were used to encourage white owners to sell cheap, followed by drastic markups for potential black buyers who lacked access to conventional bank mortgages.

Baltimore’s Two Cross Keys Villagesis about two communities virtually next door to one another. As one was dying, the other was born. Cross Keys Village (named after a nearby inn) was established by African Americans in north Baltimore. Forty years ago, in a surprise rush to urban renewal, the city condemned and tore down most of the homes to make room for a high school parking lot. Author Jim Holechek interviewed many of the former residents of the old Cross Keys Village to learn what life was like in their disappearing enclave.

"After unarmed teenager Trayvon Martin was shot dead by neighborhood watchman George Zimmerman in Sanford, Florida, ESSENCE's Jeannine Amber interviewed his grieving family and explored the question: What should we be telling our young men about how to keep themselves safe? Below, as the nation reels from Zimmerman's acquittal, read her award-winning story.”

The Roots of the Widening Racial Wealth Gap: Explaining the Black-White Economic Divide

"The authors’ "analysis found little evidence to support common perceptions about what underlies the ability to build wealth, including the notion that personal attributes and behavioral choices are key pieces of the equation. Instead, the evidence points to policy and the configuration of both opportunities and barriers in workplaces, schools, and communities that reinforce deeply entrenched racial dynamics in how wealth is accumulated and that continue to permeate the most important spheres of everyday life. ”

This publication describes the problem of structural racism in the United States and highlights its implications for community building.

The face of America is changing, and the fate of America hinges on how we react to – and invest in – those changes. Written by PolicyLink and the University of Southern California's Program for Environmental and Regional Equity,America's Tomorrowmakes the case that racial and economic inclusion is critical to succeeding in the global economy.

Renewing Our Commitment to The Declaration

The Declaration of Independence, written 245 years ago, inspired a revolution that helped birth a nation. The power of the Declaration’s “self-evident” truths also inspired global movements for human rights and democracy that remain powerful today, by declaring that all “are created equal, that they are endowed by their Creator with certain unalienable Rights, that among these are Life, Liberty and the pursuit of Happiness.” As we emerge from a tumultuous year—of pandemic, racial strife, and party polarization—it is worth returning to these fundamental truths, and to reflect on how they might help us heal and rebuild our incredibly diverse nation. This 4th of July weekend, a group of funders, thinkers, creators, and community leaders are launching the New Declaration campaign, which invites every community to join in reflection and creative expression. Our goal is to strengthen the foundations of our nation in advance of the Declaration’s 250th anniversary in 2026.

With the American Rescue Plan allocating hundreds of billions of dollars across the country, it i

The 2020 Fund to Advance Impact was launched to enhance Maryland Philanthropy Network’s visibility and accessibility, support the organization's move to new office space, and expand the ways in which the organization supports the evolving needs and aspirations of our statewide membership enhancing the engagement and impact of Maryland's philanthropic community. We're pleased to share the 2020 Fund to Advance Impact Report below and to express our deep gratitude to all those who contributed and made the Fund a success.

more »
‘A moment of real change’ at Md. Philanthropy Network

Maggie Osborn, a 30-year veteran of the philanthropic sector, will join the Maryland Philanthropy

The Board of Directors of Maryland Philanthropy Network is pleased to announce Maggie Gunther Osborn as its new President and Chief Executive Officer, effective April 12, 2021. “Through a robust and extensive search process, Maggie was the clear choice as a leader who brings a bird’s eye view of the philanthropic sector, a demonstrated commitment to racial justice, and a vision for supporting philanthropic impact across her home state of Maryland,” shared Carmel Roques, Maryland Philanthropy Network’s Board Chair, in a message to MPN members.

more »
Looking Back to Learn, Looking Forward with Hope 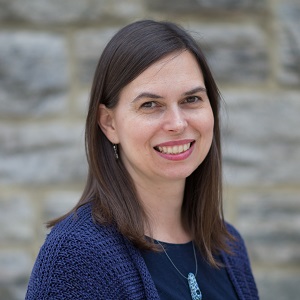